Reduce Your Risk by Diversifying Your Investments

When the patrons of Lloyd’s Coffee Shop on Tower Street in London began insuring ships and their cargoes in 1688, they used an approach that has served both insurers and investors well: They diversified.

The ‘Names’, as the founders of Lloyd’s of London were known, each opted to insure small portions of many ships and cargoes, rather than insuring all or a substantial portion of just a few ships and cargoes. That way, if a ship sank, as ships often did back then, the loss was spread among many Names. No one individual was likely to be bankrupted that way. It’s much better to lose a small amount a few times than be bankrupted by one big loss.

Similarly, most investors, past and present, have diversified their risks. And, they’ve done it in the same way as those who drank coffee in Lloyds more than three centuries ago. They’ve bought small pieces of many companies, rather than buying a lot of just one or a few companies.

When you invest in an individual company, you expose yourself to what’s called ‘company risk.’ This is the potential loss of some or all of your investment in a company that gets into trouble. Normally, when a company gets big enough to ‘go public’, to start selling its shares on a public stock exchange, it’s generally quite sound; at least compared to most small businesses. Yet, problems still occur. Consider the fallout among banks from the stock market plunge in 2008.

While we’re on the subject of banks, let’s not forget what’s called ‘sector risk’ or ‘industry risk’. This is the same problem as company risk, but on a bigger scale. We saw that with the whole financial sector, worldwide in 2008. In the recession that followed, we also saw industries such as transportation get into trouble. And, as we know, transportation was already suffering by mid-2008 because oil prices had skyrocketed in the preceding months.

And, let’s recognize yet another risk, ‘geographic risk,’ which occurs when a particular region or country gets into trouble. For several years after 2008, several countries in Europe faced debt crises, a mixed willingness among the governments and banks of other Euro countries to bail out their poorer cousins, and a desire in almost all those countries to maintain rich social programs.

As you can imagine, trying to buy a set of stocks diversified enough to overcome these risks would be tough. You would have to screen through literally thousands and thousands of stocks, from dozens of nations, to find the 20 to 40 that would balance your risks appropriately.

You’ve no doubt seen them on TV or read them in the business section of the paper. As we’ll discuss in a future article, their conclusions can be as mistaken as anyone else’s, so we’ll treat their advice cautiously.

Still, though, the point remains that with a one or more mutual funds, solutions to company, sector, and geographic risk can be relatively easy to find. Not that an investment in mutual funds to overcome these risks will necessarily be profitable, but you can get the job done without too much fuss or mental strain.

What’s in a Basket?

An equity fund will give you anywhere from a few dozen to a few hundred companies in one basket. If one or two, or even a half dozen of them, were to suddenly go broke, your holdings would be reduced but not wiped out. In the most optimistic case, some companies will thrive in an environment that drives other companies out of business, a benefit perhaps of sector risk. You overcome company risk by spreading your bets among many companies, rather than just one or a few.

That’s also the case for industry risk or sector risk. Invest across a number of sectors by selecting the right mutual fund and you’ve covered off most of your exposure. For example, in a recession, transportation companies will drop in value, but at the same time, consumer companies (such as Walmart and McDonald’s) will do just fine.

And, you can reduce your geographic risk by buying global funds, or buying into funds from countries other than your own. Since 2008, for example, we’ve seen the economies of the developed world struggle to get out of the recession, while the emerging markets have generally grown rapidly. In fact, China’s economy was so hot for a time it tried to slow down growth.

What is diversification, then? As we’ve seen here, a mutual fund offers solutions to the problems of company, industry, and other risks through diversification. These solutions are never perfect, but as we’ve seen, they give those of who aren’t rich or idle an opportunity to diversify our portfolios competently and quickly.

Next, read about Types of Mutual Funds

We make no recommendations as to what funds to buy (or sell); instead we focus on information that explains what mutual funds are, how they work, and how to invest using them.

Thanks to our advertisers, the articles on WhatisaMutualFund.com are free to you! 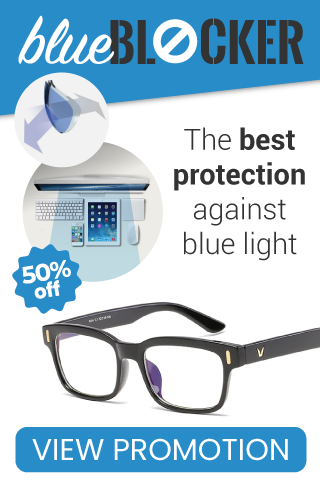